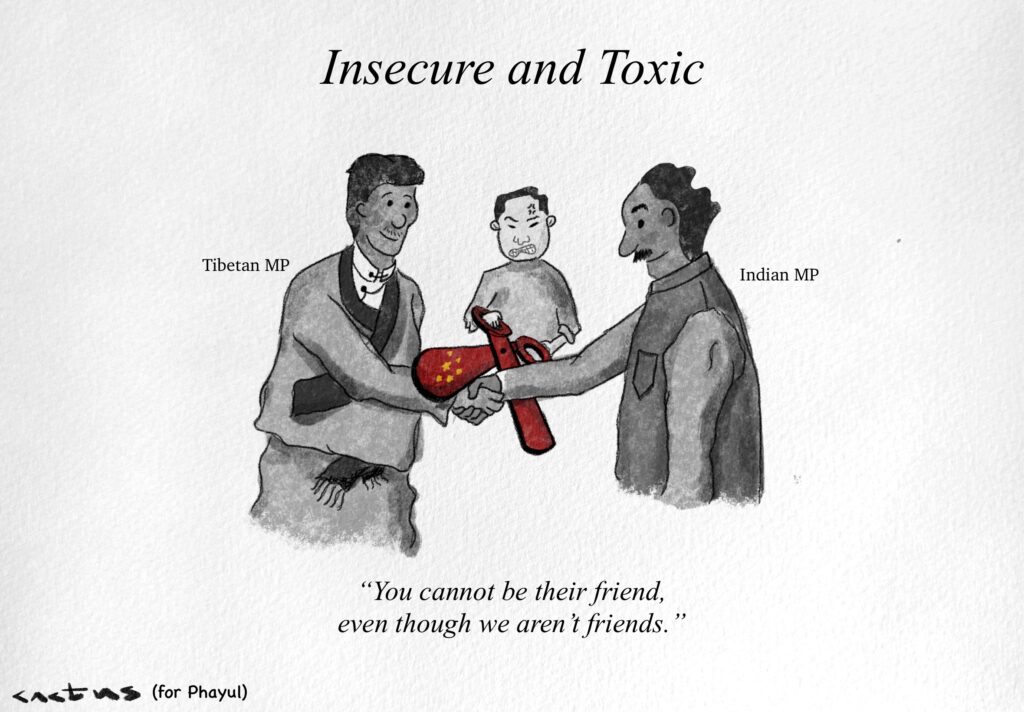 “You cannot be their friend, even though we aren’t friends” -Cactus for Phayul

By Tenzin Lekdhen DHARAMSHALA, Jan. 12: Chinese authorities in Tibet arrested a 23-year-old college graduate who reportedly resisted and complained against China’s language policy, which requires the usage of Chinese as the primary language in Tibetan schools. Loten, 23, was arrested last year in the county of Golog following a social media post voicing protest […]

By Choekyi Lhamo DHARAMSHALA, Jan. 12: Amid the surge of Covid-19 cases worldwide, the town of Dharamshala has registered a massive rise in infected cases among Tibetans during the last week. The Secretary of Department of Health, Palden Dhondup confirmed that as of Wednesday, more than 200 Tibetans have contracted the possible Omicron variant of […]