By Tenzin Dharpo DHARAMSHALA, Oct. 19: The Tibetan spiritual leader His Holiness the Dalai Lama has expressed his “deep sadness” and prayers for the recent slew of flood and landslides that has resulted in loss of life as well as destruction of properties in the southern Indian state of Kerala. The Tibetan leader wrote, “I […] 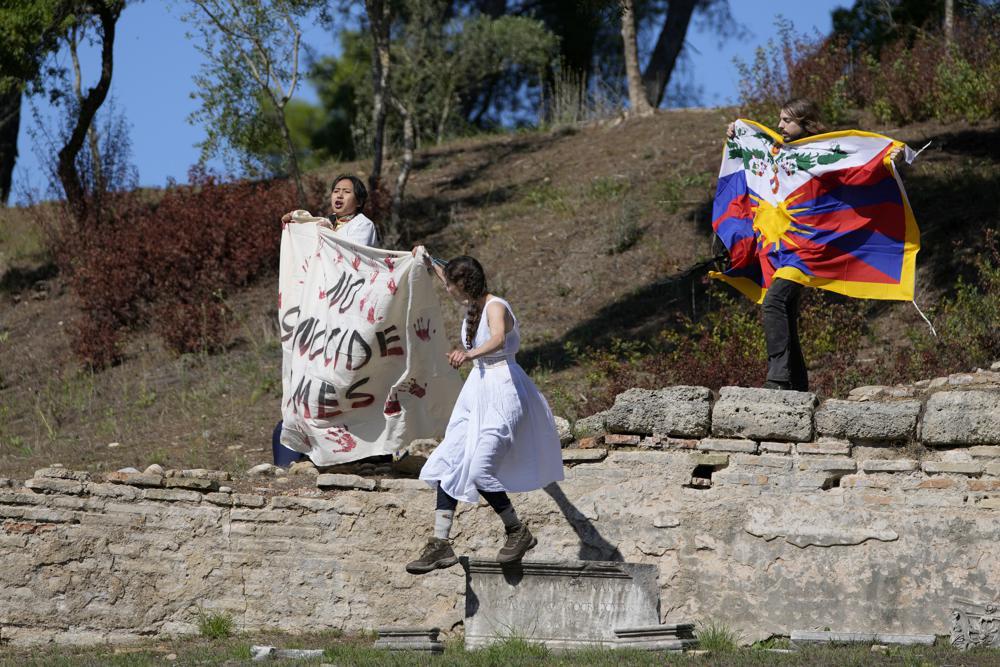 By Choekyi Lhamo DHARAMSHALA, Oct 19: Three activists unfurled the Tibetan flag on Monday at the Beijing Olympics torch-lighting ceremony in Athens, Greece, calling for a boycott of the “Genocide Games”. Activists Chime Lhamo, Jason Leith and Fern Macdougal were pinned down by the security officers after the trio interrupted the event with slogans accusing […]