Opinion: Why is the CTA asking Tibetans to donate to Modi’s private fund?

As of May 5, 2021, Tibetans in the Toronto area have collectively donated over $42,000 to help the people in India. Almost everyday, the Tibetan Canadian Cultural Centre sends emails to its mailing list, urging people to donate and add to this amount. They are following directives sent by the Central Tibetan Administration (CTA).

Why is the CTA directing Tibetan associations in Canada and around the world to collect money on behalf of a private fund started by a prime minister and party that bears the greatest responsibility for the humanitarian crisis unfolding in India right now?

The PM Cares Fund was started without any public consultation or review, under a veil of secrecy and speculation:

Petitions have been filed under the Right to Information (RTI) Act and in the courts, seeking more transparency. But so far, the fund has avoided any public scrutiny by insisting that PM Cares is not a “public authority”, which means it’s not controlled or substantially financed by the government and so does not come under the RTI Act. It also means that it cannot be scrutinised by government auditors.

Tibetans around the world are being reminded everyday why this fund is so urgent while prime minister Modi himself is avoiding his home constituency of Varanasi as it turns into a crematorium:

“The prime minister and the chief minister have gone into hiding, abandoning Varanasi and its people to their own fate,” the restaurant owner said. “The local BJP leaders are in hiding too. They have switched off their phones. This is the time people need them to help with a hospital bed or an oxygen cylinder but it’s total anarchy here. People are so angry.”

While Delhi is gripped in a deathlock—with hospitals turning into mortuaries, and residents, especially poor people, are gasping for oxygen—Modi insists on building his billion-dollar residence:

Earlier this week, Modi deemed the construction on the site in the heart of New Delhi an essential service, so the nearly 6,000 workers can skirt lockdown rules, despite a 30 percent positive test rate in the congested city

The Indian press is valiantly sacrificing their safety and lives to capture this unprecedented calamity. In return, a record number of reporters have been imprisoned for criticizing how the government has managed the pandemic. Over 125 journalists died in the month of April alone, because of COVID-19.

According to another list, which is updated every five minutes by the Network of Women in Media in India, 175 journalists died in April due to COVID-19. The list includes writers, camera operators, editors, stringers, freelancers and others who work in media across all states in India.

The head of India’s medical association has specifically called out Modi for prioritizing political campaign rallies over fighting the pandemic.

Dr. Navjot Dahiya, vice-president of the Indian Medical Association, a voluntary organisation of medical professionals, has called the Indian prime minister a “super-spreader” of the Covid-19 pandemic. He told The Tribune newspaper that the blame for this devastating second wave lies squarely at the feet of Modi’s government.

The list of testimonies against this government, for this pandemic alone, is endless. And yet we are being pressured to donate to a fund that will help boost the credibility and power of this disgraced leader and administration. Why?

Would it be appropriate for prime minister Trudeau or president Biden to start private funds overseen only by their staff members to fight this pandemic? And then for the CTA to ask Tibetans to donate to them?

If it doesn’t make sense for us to donate to those hypothetical funds, why are we being asked to do so for Modi? And why are CTA officials asking Tibetans to rally behind the PM Cares Fund which has already raised billions of dollars while there are so many more deserving organizations and people doing actual work on the ground, in the midst of the death zones in India?

There is still time yet to reallocate these funds. The tragedy in India, which will soon envelope other places like Nepal, is beyond description. Let us not add to this disaster by being unwitting enablers of a government with blood on their hands.

What are the assurances that the money raised will help the people suffering in India?

The CTA must reallocate those funds. Anything else is simply unconscionable and unacceptable.

The author is a communications professional based in Toronto, Canada. He was born and raised in Kathmandu, Nepal, and arrived in Canada as a refugee at the end of 2001. He produces and hosts the podcast series, a Good Refugee Podcast. 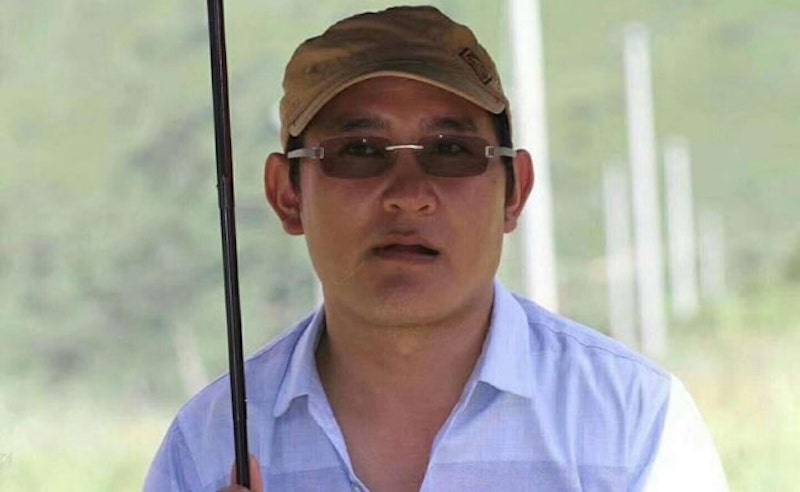