DHARAMSHALA, Jan. 7: A day after the exile Tibetan government, known officially as the Central Tibetan Administration held the preliminary round of the 2021 general elections, Beijing played down the democratic exercise as being insignificant and fringe to its rule in Tibet.

“Whatever the election result will be, it will not affect Chinese central government’s policies in Tibet and related issues.

“The so-called “Tibetan government-in-exile” held an election of its new “political leader” over the weekend, who is expected to face several uncertainties, such as the impact from the 14th Dalai Lama succession issue and the COVID-19 pandemic, as well as the needs of the US to use Tibet issue as part of its strategy against China,” stated an article published on the Chinese government mouth piece Global Times on Monday.

The piece went on to quote former head of the Ethnic and Religious Affairs Committee of the National Committee of the Chinese People’s Political Consultative Conference, Zhu Weiqun, “These Tibetans are split based on different origins, sects and opinions toward the ‘exiled government.”

The senior official was cited to question the post-Dalai Lama scene in the exile Tibetan community. “The Dalai Lama has been in position for almost 80 years. His death will be beyond their imagination, which will likely trigger a huge mess inside the organization,” Zhu was cited as saying.

On Sunday, the incumbent and two term President of the CTA, Dr. Lobsang Sangay prior to casting his ballot told the media that China can learn from the “momentous” and “historic” event. “Even though we are refugees, we are exercising our fundamental rights. It is a clear message to Beijing that even though Tibet is occupied, Tibetans in exile are free and given an opportunity, we prefer democracy over authoritarian system,” Dr. Sangay said.

On January 3, over 80,000 Tibetans were expected to have voted during the preliminary round of the CTA general elections where a new Sikyong (President) and members of the parliament will be elected. The final elections will be held on April 11, 2021. 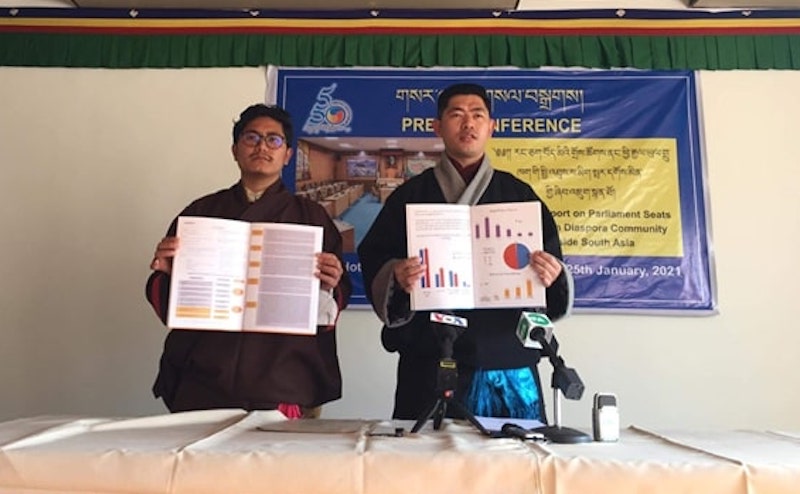