The ten volumes of fictional book, The Tibet Code is authored by a Chinese from Sichuan Province, He Ma who earns royalty of 2.6 million Yuan (US$ 0.41million) was ranked in the Chinese writer’s rich list in 2008, 2011 and 2012. He later signed to the Dream Works Animation, the producer of million dollars box office Kungfu Panda and the China Film Group which is the State Owned Enterprise of China to make his books into a six series of movies.

The book’s stories revolves around events of 839 AD when Tibetan king Lang Dharma destroyed Tibetan Buddhist heritages and treasures of holy texts. Some plots in the story covers 1939 Hitler’s mission in Tibet which the author attempted to link the relations between German Nazis and the Dalai Lama of Tibet.

In October this year the Xinhua, a Chinese government news agency, covered the story of fierce contest of ambassadors for tourism in Tibet. The contest aimed to showcase Tibetan culture and its diversity in China and to demonstrate how well Tibetans and other minorities are integrated in China. Theme parks in Tibet are to display the integration of Tibetan into the one happy Chinese-family and to attract more Chinese tourists in Tibet.

One of the largest performance stages in Tibet is the story of Chinese princess, Wencheng, queen of the 33rd Tibetan king, Songtsen Gampo. This cultural performance tells the story of Tibetan-Chinese marriage.

It is also aimed to portray the Chinese government’s narrative of hardship the princess had confronted to bring economic development, social integration and ethnic cultural exchange between the Chinese and Tibetan. No history in both Tibet and China had ever recorded this distorted narrative which is staged in which the Chinese princess had made such a generous contribution to Tibet. Such story is meant for Chinese tourists in Tibet to bridge the relations between Chinese and Tibetans through the State’s propaganda. This story is performed 622 times since August 2013 till June 2017. This year, 3D screen and lightings are added-up to facelift the extravaganza show to attract more Chinese tourists.

The swelling number of Chinese tourists visiting Tibet remains unstoppable trend though the flow of international tourists has declined since post 1988-89 protest. Stricter regulations are placed for their entry into Tibet which requires different permits for entry route and intended place to visit in Tibet. To sustain the Chinese authoritarian machine’s rule and to hide the harsh reality in Tibet, private and individual tour is near impossible. Any travel agency organizing group tour in Tibet cannot avail 100 percent independent tour in Tibet, particularly after 2008 protest which spread across Tibet.

According to Chinese news agencies’ estimate, so called the Tibet autonomous Region (TAR) which excludes other Tibetan areas, received 100,000 Chinese tourists in 1992. After more than two decades, the Chinese government in Tibet claimed that number of tourists in TAR had jumped to 20 million in 2016.

But, actual number of tourists in TAR in that year has a different story. According to the estimate of the Washington Post, at the most 3.6 million tourists could have visited TAR in 2016. Then the big question here is, why did the Chinese government officials figures are so different and high? A key answer is, “Visitors arrivals were manipulated to meet official targets, and bolstered as political spin to enhance the reputation and perceived performance of the tourism industry and to ensure personal promotions within the competitive government hierarchy”.

Tourism in Gyalthang (aka Shangri-La)

The journey of tourism in Gyalthang( Zhongdian in Chinese) and its introduction to the outside world has been credited to the British author, James Hilton’s The Lost Horizon in 1933. Similar imagination of the landscape of Shangri-La was assumed to be cited in a National Geographic article by botanist, Joseph Rock (1922-1935). Gyalthang is both the capital city and a county in Dechen(Diqing in Chinese) Tibetan Autonomous Prefecture (DTAP) in Yunnan Province. Other two counties are Dechen and Balung. In 2001, 30 percent of population in DATP were Tibetans and 28 percent were Han Chinese. Remainders are other minorities.

Gyalthang was renamed as Shangri-La in 2002 by officials of the DATP with approval from the China’s State Council in Beijing to bolster up its potential for tourism booming industry. Shangri-La is also known in Tibetan as Semkyi Nyida (heart of sun and moon city).The Chinese government faced hard to clinch on Gyalthang as Shangri-La. After the Search Party was commissioned by the Yunnan Economy and Technology Research Centre comprising of 40 experts in different fields, Gyalthang won the competitive bid with Nyingtri and other places in Himalayan region.

Before the advent of tourism industry in Gyalthang logging was a major source of revenue. Due to the unregulated logging a major flood of Drichu River in 1998 killed nearly 4,000 people and many lost their homes. In response, the Chinese government banned all timber production.

Another source of a revenue for Gyalthang is harvesting of commercial mushroom, Matsutake, which accounts 85% of the cash income. Japan is the biggest market for this mushroom. Average per capita income from mushroom collection earned 500-2,000 Yuan. Due to market and government failure to sustain mushroom collection as a major source of income for the people of Gyalthang, many had to shift their livelihoods to tourism. But, average per capita income had fallen to 200-300 Yuan in tourism industry.

Chen Shun, the Vice Governor of Yunnan Province, said that the Shangri-La tourism area in Tibet is a world-class tourists’ destination at the “Shangri-La Night” tour promotion for 2017 held on the 16 November in Kunming. Has this commodified destination empowered the lives of people? Dan Smyer Yu, Professor at Yunnan Minzu University in his work, Mindscapping the Landscape of Tibet : Place, Memorability, Ecoaesthetics found Tibet including Shangri- La being transformed as an object of consumption for both Chinese and international tourists. Similar observation is advanced by Ashild Kolas, social anthropologist, in her book, Tourism and Tibetan Culture in Transition: A Place Called Shangrila, ‘Shangri-La is a product of “cultural commodification” in China’s tourism industry.’

A villager of Gyalthang said, “The government doesn’t care what the best is for the villagers, they just favor the enterprise with the most capital to invest. Government can do whatever they want.” Another Tibetan informant alleged, “often people from outside are allowed to lease collective land for 10 to 50 years from the village for a small amount of money” Workers employed during the summer season which is the peak time of tourism in Gyalthang was mainly Chinese migrants from outside the prefecture. Revenues generated from the Gyalthang tourism recorded 80 million Yuan in 1992 which increased to 1.8 billion Yuan in 2008. Where these revenues go to? Villagers are drawn to tourism market with the simple hope that they could support their families and left their higher income of mushroom collection. Heavy revenues from Gyalthang tourism are shared among major outside investors like, Hong Thai travel services of Singapore, Chongqing Textiles Holding Group, Ningbo Firskids Holding Group, Chongqing Beer Holding Group, China Everbright Group, Heavenly Mountain & Water Tourism Development Company and Yunnan Ziyuan Company.

In Tibetan Buddhism, prayer wheels are devices for spreading spiritual blessings and wellbeing. Six Mani mantra (mantra to invoke the Chenrezig, Buddha of compassion) and other holy Buddhist script texts are rolled on the drum wheel.

Other holy Buddhist mantras mostly in Rañjanā script are carved outside the wheel. But in Gyalthang the political slogans of China’s top leaders, Mao Zedong, Deng Xiaoping, Jiang Zemin and Hu Jintao are carved onto a giant prayer wheel with 21 meters height and 60 tons weighs. A quote of a former president of China, Jiang Zemin is sculpted in Tibetan as, “Make efforts to have a common progress of all ethnicities equally” on the prayer wheel. Another president, Hu Jintao quoted as, “Work together for ethnic unity. An important responsibility of all is work for unity among all ethnics” These messages are the Chinese government propaganda to win the loyalty of Tibetans to integrate with broader Chinese national. Using Tibetan Buddhist prayer wheel to spread the Chinese leader’s political thoughts is against the principles of Buddhism.

Conclusion
Rich culture and landscape of Tibet are sold as commodity to the Chinese tourists and tourism markets are invested by foreign and the Chinese government’s companies. The Chinese government has been implementing double standard policy on Tibetan culture and language. For tourism, Tibetan culture and its traits are commodified. Chinese leader’s thoughts are carved on the Shangri- La’s giant prayer wheel in Tibetan language. The same government curtailed the Tibetan language rights through which their culture can be preserved and flourished. 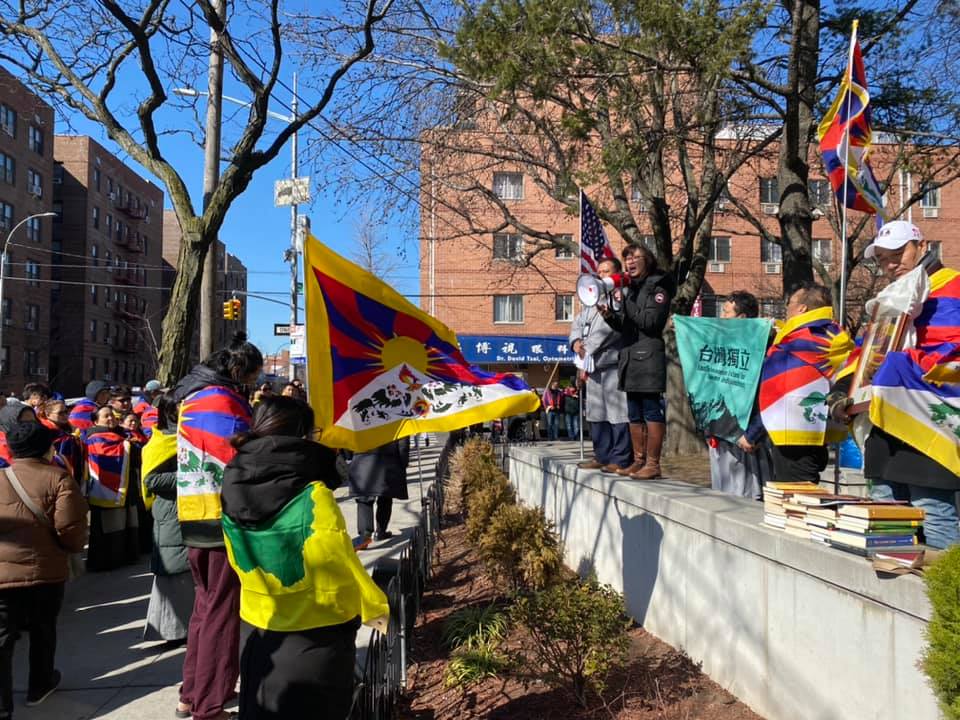 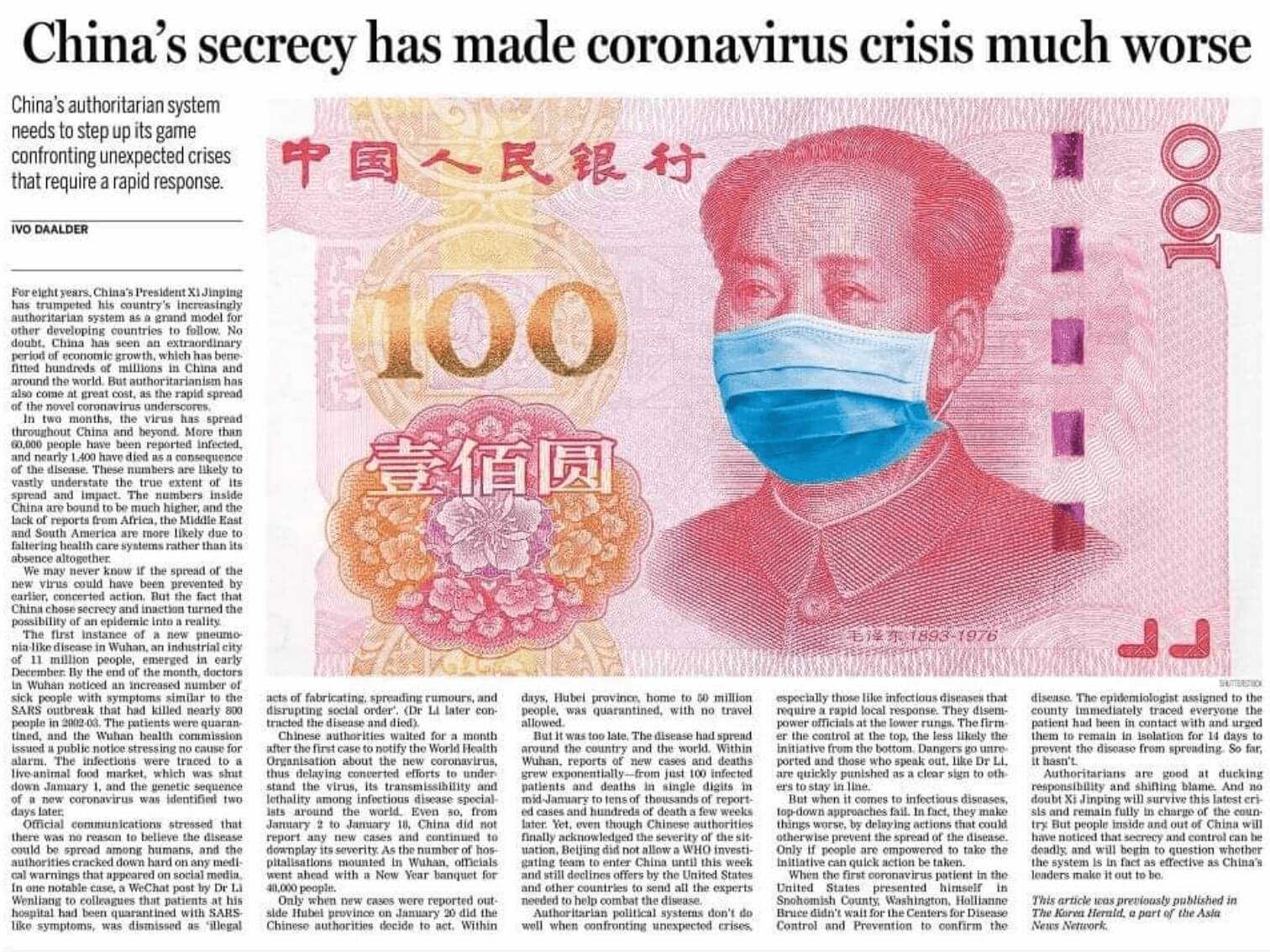 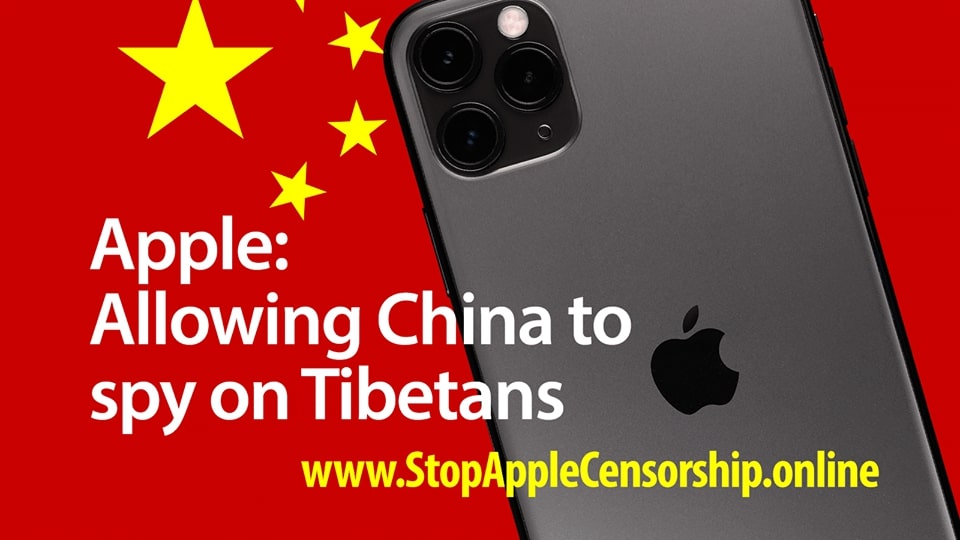 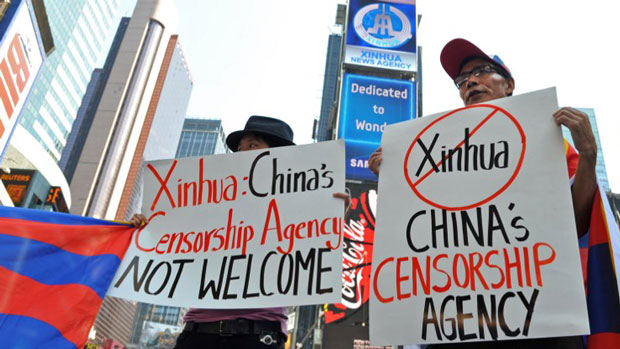 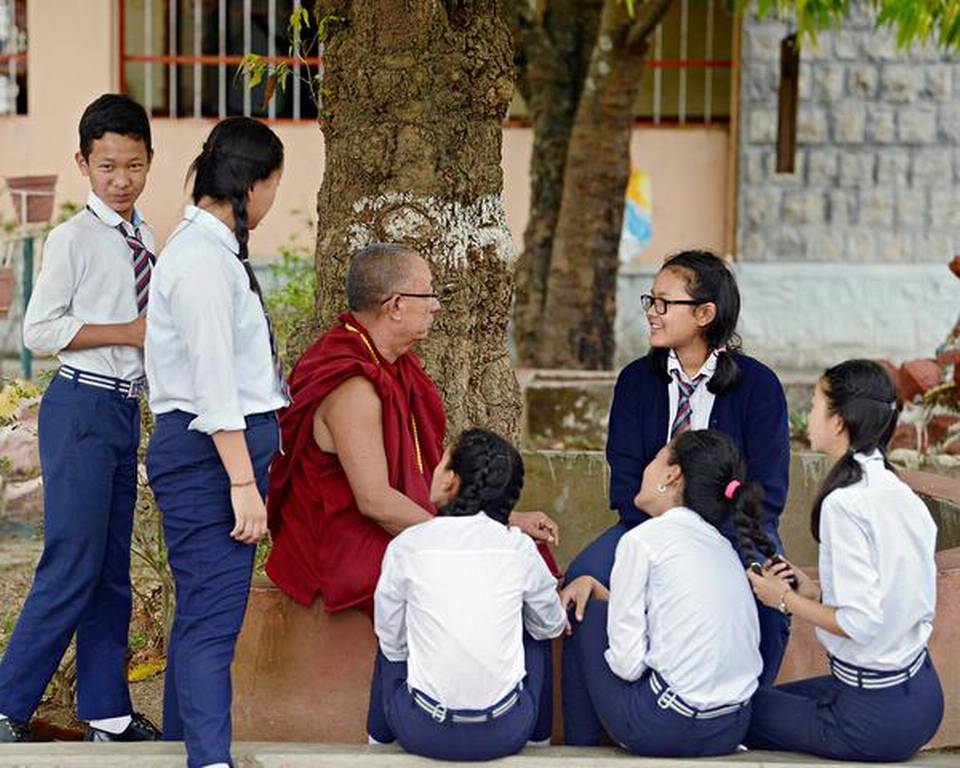