The Tibetan spiritual leader His Holiness the Dalai today spoke on the importance of having psychology as a subject in schools for more peaceful mind and eventually more peaceful world. The Tibeta 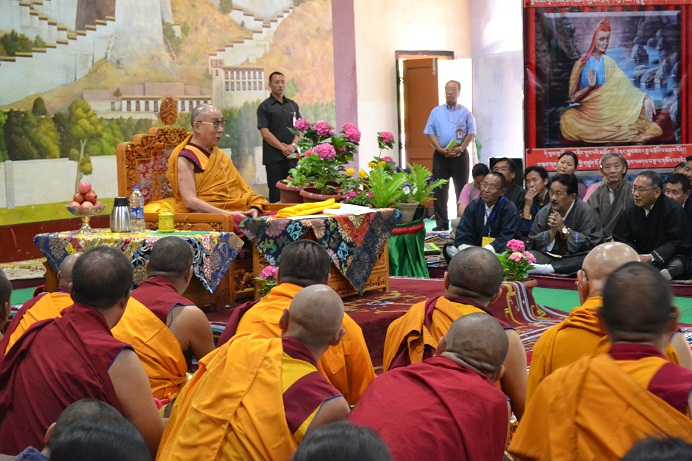 His Holiness the Dalai Lama begins his three-day teaching for the Tibetan youth today. Dharamsala. 5 June 2017.

Twenty-one year old Tenzin Paldon was crowned the Miss Tibet 2017 on Sunday by beating Tenzin Khechoe, one of the fan favorites, in what reportedly will be the last Miss Tibet pageant under Lobsang Wangyal Productions’ banner.

In what will be the last Miss Tibet pageant under Lobsang Wangyal Productions’ banner.Tenzin Paldon was crowned Miss Tibet 2017 at a glittering finale at TIPA ground on Sund