Both Beijing and Dharamsala frequently reiterate their ‘sincerity’ in the search for a resolution of the China-Tibet conflict. As an ordinary Tibetan I welcome any positive moves from either side.

Since the Chinese and Tibetan officials in Beijing, Lhasa and Dharamsala all claim to work in the interests of all ordinary Tibetans, both those residing inside Tibet and in exile, it should be possible for leaders of both parties to show real courage and make bold political decisions to resolve the Tibet problem once and for all.

Following the Dalai Lama’s recent official delegation, led by Kasur Lodi Gyari, to meet with Du Qinglin, Head of the United Front Work Department of the Communist Party of China (CPC) Central Committee, the Special Envoy for the Tibetan Leader described the latest round of dialogue as “one of the most difficult sessions.” In his press statement he went on and said, “In the course of our discussions we were compelled to candidly convey to our counterparts that in the absence of serious and sincere commitment on their part, the continuation of the present dialogue would serve no purpose.”

Recent international pressure on the authorities in Beijing had given some hope to Tibetans around the world that the latest round of dialogue might have a more positive outcome. The press statement by the Dalai Lama’s Special Envoy was an unusually forthright admission of the delegation’s failure and reflected the growing frustration in Dharamsala at the lack of sincerity in Beijing. Chinese officials have in the past been quick to accuse the Tibetan side of a lack of “sincerity” but the entire world can now see that the truth is the opposite: it is China which lacks sincerity and shows no desire for settlement. It should also be noted that over the years the Tibetan side has made many compromises and concessions from its original demand for independence but this is not enough. China wants complete capitulation.

As a concerned Tibetan I would like to present my thoughts to both parties for some possible “tangible” results. The leadership in Dharamsala now has to consider seriously the strong message from the Chinese side and the Tibetan Government-in-Exile (TGiE) must be bold in its decision-making.

If we are ever to have tangible results from meetings to resolve the China-Tibet conflict then the next agenda should – in my view – include the following points:

1. Dharamsala should note China’s real concern that the Tibetan issue remain as an “internal affair” of the PRC and should not internationalise it. This could mean His Holiness the Dalai Lama stops travelling overseas whilst serving as the political leader of the Tibetan people as such trips attract international media attention. Beijing sees this as overtly political even though Dharamsala may view this differently.
2. The Tibet Support Groups (TSG) Desk based at the TGiE’s Department of Information and International Relations (DIIR) which maintains close links with Tibet Support Groups around the world should be closed down. His Holiness and the TGiE should detach themselves from political links with all International Tibet Support Groups and from World Parliamentarians Groups for Tibet whilst Dharamsala engages in direct dialogue with the Central Leadership in Beijing.
3. The political interest and quasi-diplomatic roles, which are currently being carried out by the various Offices of Tibet around the world, should have its “mission review” thoroughly whilst Dharamsala engages in direct dialogue with Beijing. Such Offices are currently in Australia, Belgium, India, Japan, Russia, South Africa, Switzerland, U.K. and U.S.A.

Whilst the above steps are being taken, the Central Leadership in Beijing, in agreement with His Holiness the Dalai Lama and the TGiE, should work to establish:

1. An Intermediary Agency in Beijing, representing His Holiness the Dalai Lama and the TGiE.

2. An Intermediary Agency in Dharamsala, representing the Central Government of the People’s Republic of China (PRC).

3. Joint-Intermediary Agencies in Lhasa, representing both the PRC, His Holiness the Dalai Lama and the TGiE.

4. Through the Intermediary Agencies, both sides should make joint contributions towards aid, education, social and economic development both inside Tibet and amongst Tibetans living in the Diaspora.

5. Formal exchange schemes between Dharamsala and Beijing should be developed, including conferences on research and scholastic work amongst the Tibetan Buddhist and Bon religious masters, scholars of history and medical practitioners. Both sides should give serious thought towards facilitating the learning and sharing of the valuable and masterly works of the rich cultural history of Tibet.

Through the above steps some “tangible” and practical progress may be achieved in areas in which both Chinese and Tibetans have concerns. Political solutions may take longer. Such steps would also lead to the building of confidence and trust whilst fully engaging in creating a genuine and conducive environment for progress which Dharamsala has been calling for some time. Proper negotiations need to be based on “Ume Lam” (Middle-Way approach), which means not splitting Tibet (all the three traditional provinces i.e. Amdo, Kham and U-Tsang must be under one political entity) from the Great Motherland, the People’s Republic of China.

Whilst the political negotiations continue, leaders on both sides should give sincere thoughts to establishing the Intermediary Agencies to serve all Tibetans. If the above or similar suggestions are not agreeable to both sides then I seriously wonder whether there is any point in Dharamsala or Beijing “talking the talks” on the China-Tibet conflict.

Convincing the Chinese authorities while not alienating Tibetans and Tibet supporters

Merely voicing occasional appeals and sending out circulars urging Tibetans and Tibet support groups not to engage in public protests during the visit overseas of Chinese dignitaries, or slamming the recent activities of the Tibetan Youth Congress has failed to convince officials in Beijing. Moreover it sends mixed messages to Tibetans and their supporters throughout the world which can alienate those who are most actively committed to and participating in the freedom struggle for Tibet. Instead, show concrete actions and not just written circulars or appeals.

Time for a New Direction and Making Hard Decisions

In the event of a stalemate and failure to progress then I think Dharamsala has to remodel its existing political structures and perhaps adopt a new direction, whereby people can freely share their strongly-held views. This means that they should not be required to accept uncritically every statement by His Holiness. Such passivity adversely hinders the democratisation of Tibetan society by rendering it politically immature. People who genuinely hold alternative views from those of the Dalai Lama should not be slammed or denounced as unpatriotic. Tibetans need to grow up politically. We need to revise the “Charter” and separate Chos-Sid, religion and politics.

Tibetans cannot forever live sustained by ‘hope’ alone. As we approach fifty years in exile we have to make the most difficult decision, not only for the present generation of Tibetans but for future generations. Even so, we may not find a lasting political solution to the issue of Tibet for another fifty years.

During a Tibetan gathering in London in 2005, when a delegation of Tibetan Parliamentarians from Dharamsala was visiting the UK, I called for a policy review on ‘Ume Lam’ (Middle-Way approach), as adopted by the Tibetan Parliament-in-Exile towards a resolution of the China-Tibet conflict. Once again, I wish to reiterate my previous call as there is no sign of progress between Dharamsala and Beijing.

Complete retirement for the Dalai Lama

Whilst presently enjoying “semi-retirement”, His Holiness recently declared that he is much looking forward to “complete retirement” from the Tibetan political scene. We should seriously note this, while celebrating his massive achievements in many walks of life. The achievement that eludes him is a political solution to the China-Tibet conflict. His Holiness has led the Tibetan nation since the age of 16 and the failure in this area cannot be put down to any lack of effort or goodwill. But His Holiness deserves a rest and it is time for other leaders to emerge and put forward alternative proposals.

In short, I urge the Tibetan and Chinese leaders in Lhasa, Beijing and Dharamsala to put the interests of Tibet’s people first in keeping with their claims to ‘serve’ our interests and welfare. If you have courage, show it now. Let there be no more lingering.

The writer was an independent candidate for Europe seats in the 2005 General Election for the 14th Session of the Tibetan Parliament-in-Exile, graduated from a British University in Information Technology. Tsering served on the Council of Tibetan Community in Britain as its Culture Secretary from 2002 to 2006. He worked for London-based Tibet Foundation from 2001 to 2007, which supports Tibetans inside Tibet, India and Nepal. Currently, Tsering is working for Tibet Relief Fund (UK).

The views expressed in this piece are that of the author and the publication of the piece on this website does not necessarily reflect their endorsement by the website. 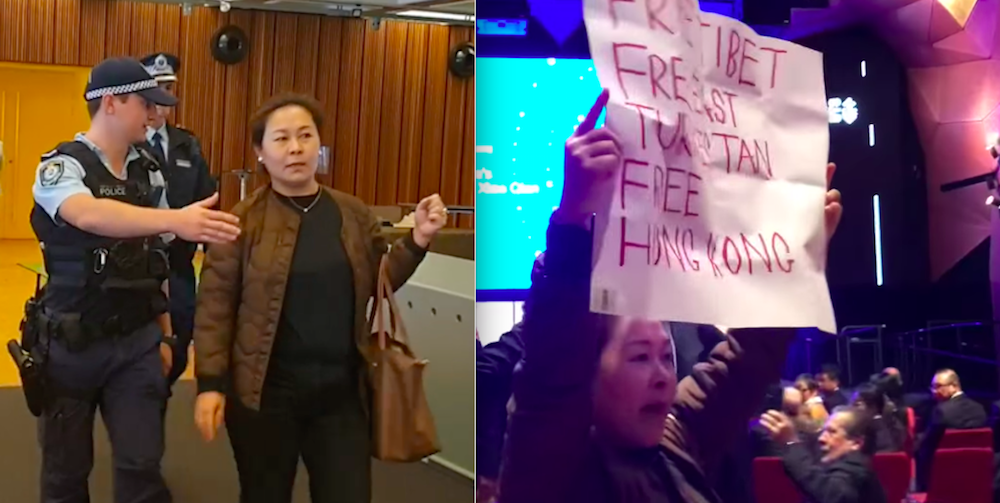 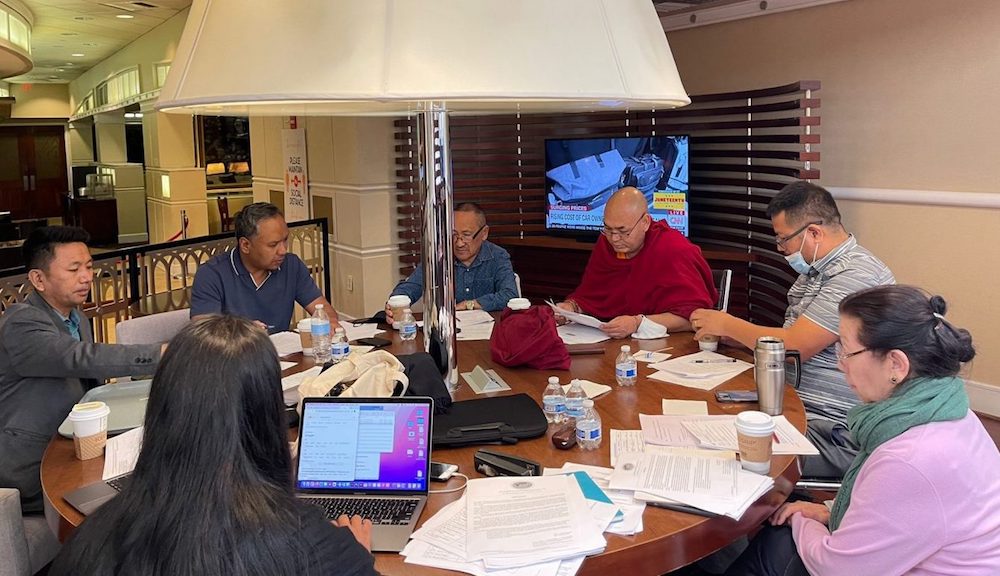